Its all to play for tomorrow in the 4th Round of our Club Championship, with Andrew Ashley going into the final round with a 5 shot lead.

The same person can’t win both Scratch and Handicap Trophies and if there is a tie in either for first place, then a 3 hole play off takes place to determine the winner, over holes 1 to 3.

All of the above named players have been allocated a tee time for Sunday morning, we have ended up with only 12 players as historically anyone too far back ends up failing to play and with conflicting weather forecasts, its best to keep the numbers tighter, but anyone else not named that have played in the previous 3 rounds can still play on Sunday as it’s a normal Sunday medal day, same if you haven’t played in any or all of the previous rounds, you can still book your tee time and play as normal.

Good luck to all of those still in contention, and here’s to some great scoring and quality golf being played by all the competitors. 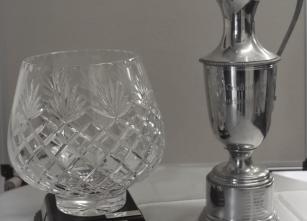