Yesterday in glorious weather we had three competition finals taking place at Craibstone.

In the Gents Handicap Final, Rod Phillips with 8 strokes in hand over Chris Fowlie, played the front 9 in one over par picking up birdies on holes 6 and 8, and although Chris also birdied the 8th he just could not live with Rod, on then proceeded to notch another birdie 2 on the back 9 to finish the match with a 7 and 5 victory. Congratulations to Rod on an excellent performance and hard lines to Chris who had to try and chase the match and take chances to get back in.

In the Ladies Handicap Final, Sheila Irvine stated that she played the best golf of her year to win her match against Linda Noble 7 and 6. Linda just could not get into the game and although she put up a fight Sheila was just too strong on the day. Sheila was presented with her trophy by Kerry and Mya, Kathleens daughter and grand-daughter and we thank the Beattie family for putting up the Kathleen Beattie Memorial Trophy and to David who said some kind and moving words before the presentation.

This year we introduced a Gents 9 hole handicap competition and our first winner was Alan Bloice who defeated George Murdoch 3 and 2. It was a close game early on with Alan giving away 5 strokes and when he put his tee shot to gimme distance on 6 and then George pushed his tee shot on 7 it was all over, Alan was 1 over at this stage. Well done Alan who gave away a lot of strokes in every match he played.

Congratulations to our 3 champions, ROD PHILLIPS, SHEILA IRVINE and ALAN BLOICE, it was fitting that all three saved great performances to the finals, and commiserations to Chris Fowlie, Linda Noble and George Murdoch, you all battled so hard to get to the final but just came up against an opponent who was on top form. 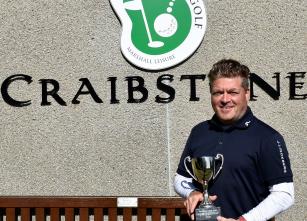 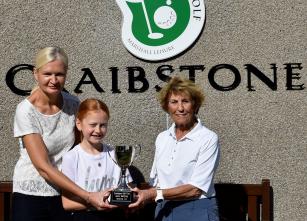 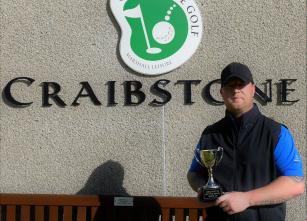