Saturday seen the second round of the Masters Flag competition and after two rounds MURRAY BRUCE has edged ahead with a total of 135, closely followed by George Breen on 136, then Michael Pollock and John Gregory on 137, with Shaun Rennie, Kenny Macphee and Austin Hay all on 138.

The Masters Flag is a best 3 rounds out of 4, with the next two rounds taking place on the next two Saturdays. So even if you are not near the top at the moment there is the chance to have two good rounds and knock out one of your first two!!!

Saturday also seen the commencement of our season long 10 event NIPPON GASES EUROPE Order of Merit. This event rewards the most consistent players throughout the season.

Taking the opening day 10 points in the Gross section was Craig Wilkinson and in the Net Section the 10points went to Kenny Bertram.

Full results are displayed on the howdidido app, just go to home club then look at order of merits.

The next round in the Order of Merit is on Saturday 24th April which is also the 4th and final round of the Masters Flag and also a Monthly Medal event, whereby the winners in each section wins a Craibstone Monthly Medal. So a good Saturday to play well in.

Well Done to all the named players in early contention. 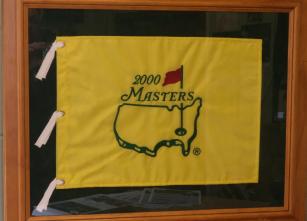