Weekend past seen the final rounds in the annual Winter League competition.

Congratulations again to SCOTT ANDERSON who topped the order of merit on 36pts and wins the week at Craigendarroch Estate, Bronson Larkins finished second on 33pts, with William Paterson in third place on 23pts.

The eclectic competition was run over both Saturdays and Sundays and the scoring was excellent.

Topping Division 1 on a fantastic 19 under score of 50 was MICHAEL DALGARNO, tied for second on 52 was Murray Bruce and Andrew Finlay and in third place was Ian Still on 53.

Division 2 was won on 13 under with a score of 56 and the accolade goes to SCOTT ANDERSON, with Jamie Eastcroft in second place on 60 and Mark Mundie finishing third on 61.

Division 3 winning title goes to LEON GRANT who topped the section on 65, with Dean Watson coming second on 66 and third place was shared between Hugh Eadie and Ricky Gordon on 67

Congratulations to the prize winners and to all the 124 players who competed across the shortened winter league season this year.

This Saturday we open up the Summer Season with our Annual Members Texas Scramble, really good seeing so many 4 man teams in place with a few 3s in place as well. Entry Fee is £2.00 cash per player for this event with prizes to the top three teams. 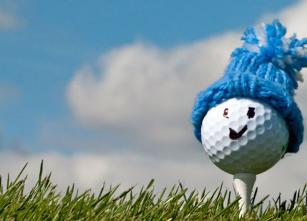